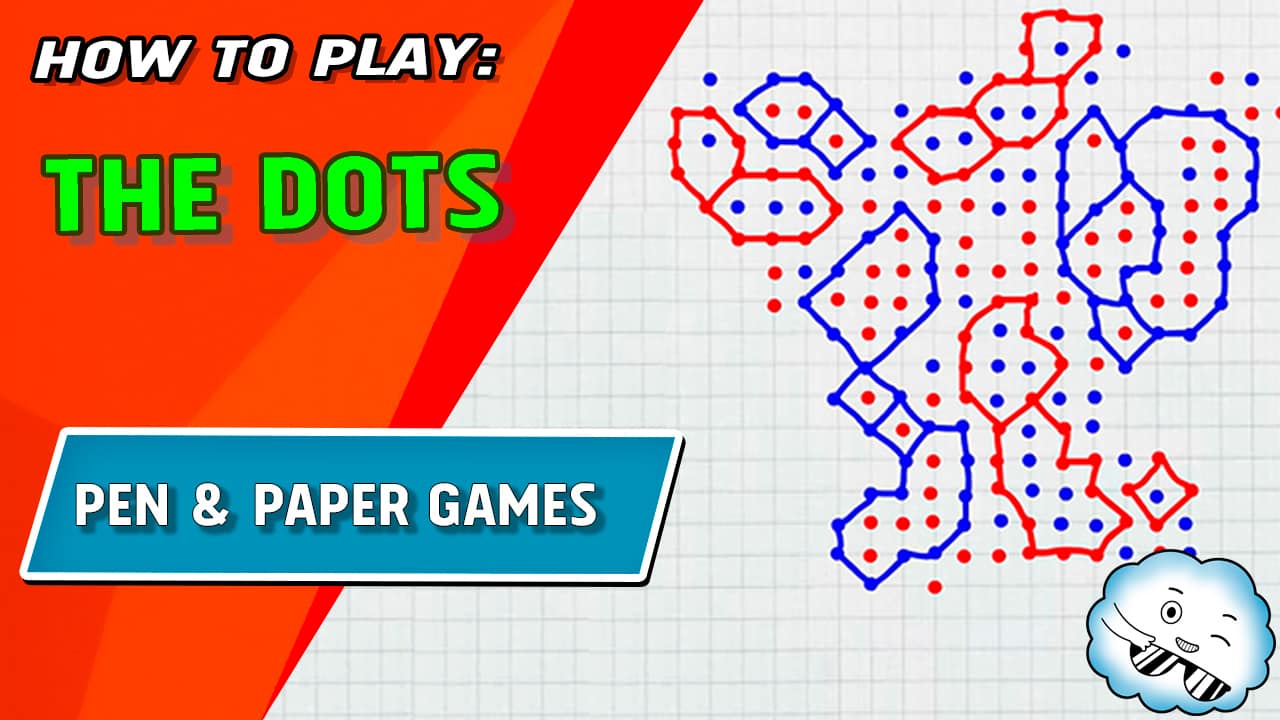 The Dot, also known as the Feudal siege or Siege, is a game that is easy to learn and simple to play. At the same time, it is a quite intellectual game.

The game superficially resembles the game of Go, except that it is simpler and the primary goal of this game is to capture the opponent’s dots whereas the main goal of the Go game is to surround more territory than the opponent.

Features of the Dots Game

Aim of the Game

This is an abstract strategy board game for two players in which the aim is to surround and capture more dots than the opponent.

This is a group game for 2-people, and those 2 will be competing against one another.

Although the Dots (Siege) is a great game to play with anyone aged 6 and up. In reality, there is no real minimum age for this game. If somebody can understand the instructions and they can hold a pen, then they can play the Dot Game.

To play the Dots (Siege), you will have to prepare the materials below:

How to Play the Dots Game

Step 1: Each player will take it in turns to draw a single dot on the paper. Once the dot is placed it cannot be removed.

Step 2: Players take turns to place a dot of their own color to surround the opponent’s dots.

To form a chain, dots should be adjacent to each other either vertically, horizontally or diagonally

So, if a newly-placed dot completes a closed chain of dots of the same color which encloses at least one of the enemy dots, then all the area inside it is consideredsurrounded.

The goal of the Dots (Siege)is to capture more dots than the opponent.

Players choose when the game ends, for example:

Some Advanced Variations to the Dots Game

Once you get used to the rules, you can make the game more challenging.