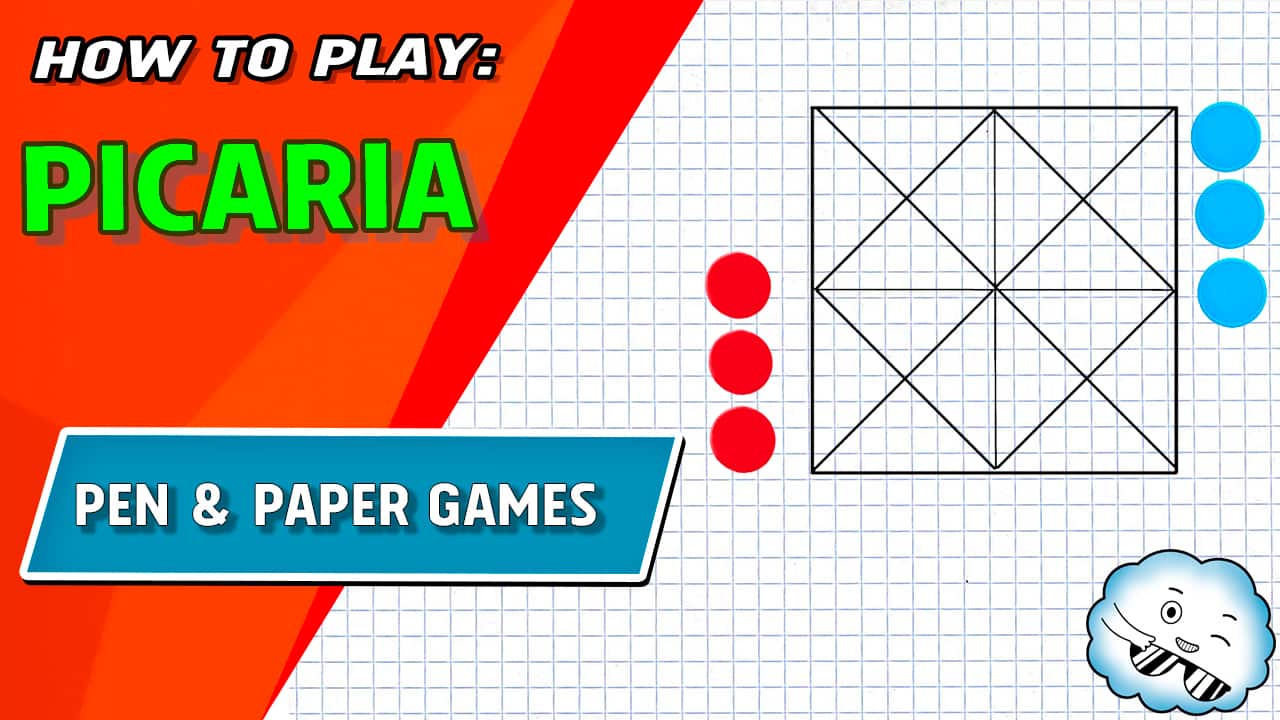 Picaria is a two-player strategy board game played by Native American Indians. In this game you will have to move pieces to create the three-in-a-row. Picaria is an alignment game.

The game resembles and seems like a cross between Tic-Tac-Toe and Checkers at the same time. Therefore, it develops tactics, strategy and memory skills.

Features of the Picaria Game

Aim of the Game

This is an abstract strategy game in which the aim is tocreate a three-in-a-row of one’s pieces either horizontally, vertically, or diagonally.

Picariais a game for 2-people.

This is a great game to play with anyone aged 4 and up. However, if somebody can understand the instructions and they can hold a pen, then there is no real minimum age for this game.

To prepare for pen and paper game Picaria, you’ll need the following materials:

There are two variations to Picaria. The rules are the same.

How to play Paper Game: Picaria

In Picaria, the first player to move their pieces into 3-in-a-row wins (no spaces between allowed).

If any player cannot move, the game is declared a tie.